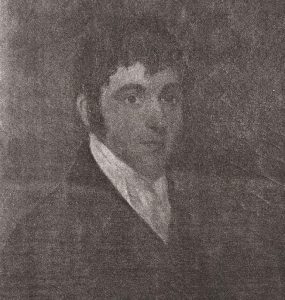 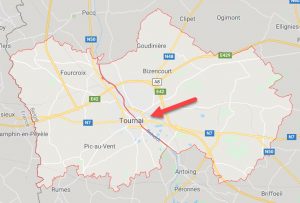 Maximillian Johannes deRochemont was born on 24 Sep 1781 in Tournai, Belgium. Until 1713, Tournai was part of France, and the people there still speak French. Max was the third of six children born to Carel Pieter Wilhelm deRochemont (born in The Netherlands) and Maria Margaretha Vestjens (born in Germany). He had three brothers and two sisters. Based on a short history of the family which was published in brochure format in 1866, entitled “Commemorative Gathering. Notes of Proceedings at the Meeting of the De Rochemont Family, at Newington, on Piscataqua. August 23, 1866,” Maximillian’s ancestor was a Huguenot minister who had fled France and settled in Holland. Confirmation of this has not yet been found.

The exact date is unknown, but sometime between 1789 and (most likely) 1790, Maximillian’s father, a Dutch soldier, brought his wife, brother, and children to Demerara-Mahaica, Guyana (a Dutch colony in South America) where he had been ordered.

Sadly, records indicate that Carel Pieter Wilhelm, his brother, and his wife Maria all died of “colony fever” in 1798. The deRochemont children, who had been orphaned, were returned to Amsterdam where they were cared for by an aunt, a teacher at a seminary. The exact identity of the aunt is unknown. Maximillian was later sent to England, to learn English. Once he graduated, Maximillian returned to Demerara, presumably to find work. 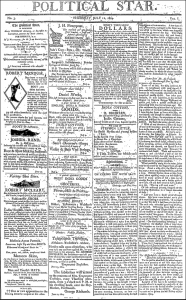 We know that in 1805, Maximillian’s sister Maria Louisa Suzette de Rochemont, at the age of 19, married Carston Cornelius DeWit (or DeWitt) in Demerara. Maria Louisa was only 12 years old when her parents died, so it was likely she was sent back to Amsterdam with the rest of the children.  Perhaps she returned with her brother Maximillian when he made his return trip and subsequently married. But in any case, we know that Maximillian did not remain in Demerara long during this second trip, as the climate caused him health issues. For trade reasons, at that time, there was a great deal of traffic between Guyana and Portsmouth, New Hampshire. In October of 1803 Maximillian boarded one of those ships and traveled North to Portsmouth.

Shortly after arriving in Portsmouth, Maximillian became the publisher of a newspaper called the “Political Star.” This weekly newspaper, published each Thursday, was short-lived and was only in print from 28 Jun 1804-5 Nov 1804.

Maximillian was uncommonly well educated and spoke several languages. Due to this, he was able to work as a translator for the ships which came into the port of Portsmouth. Unfortunately, despite the work at the docks, he was always poor and there are court records in the Rockingham County court for liens against him for loans he was unable to repay. 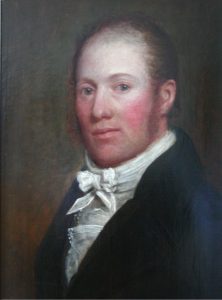 Thanks to another descendant who was in possession of some original letters written in Maximillian’s own hand, we have a better idea of just how difficult this period was for Maximillian and his family. In the letters he was requesting advances from William Badger Esq. of Kittery, a wealthy shipowner and shipbuilder who lived on the island in the middle of the Piscataqua River known as Badger Island. Maximillian sometimes did work for William Badger, and he explained in his letters that his family was hungry and he needed an advance to buy food. He was not asking for handouts. Rather, he was suggesting business ventures and offering to be of service in whatever way William Badger could use him. Maximillian was willing to do whatever it took. Sadly, his work for William Badger eventually took Max to his death.

The text of the longest such letter is as follows: 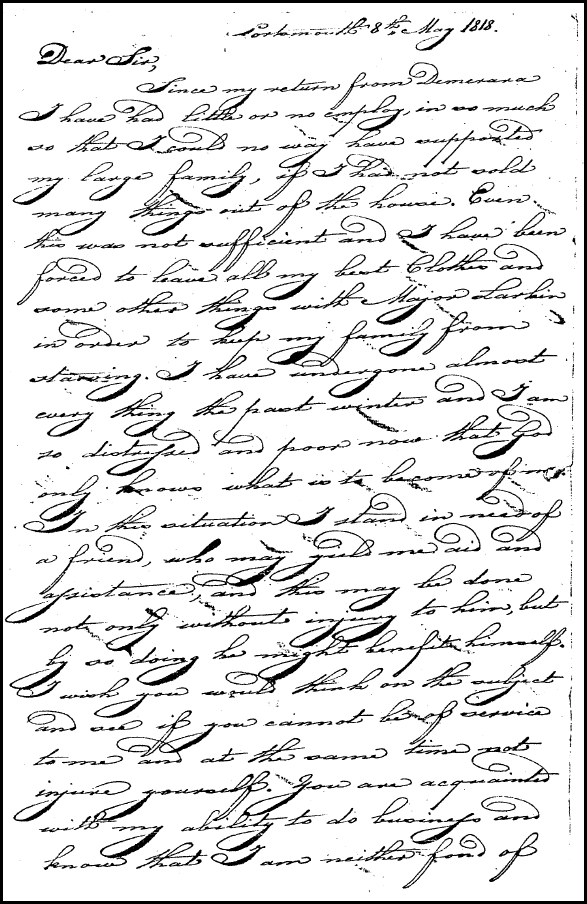 Since my return from Demerara I have had little or no employ, in so much so that I could no way have supported my large family, if I had not sold many things out of the house. Even this was not sufficient and I have been forced to leave all my best clothes and some other things with Major Larkin in order to keep my family from starving. I have undergone almost everything the past winter and I am so distressed and poor now that God only knows what is to become of me. In this situation I stand in need of a friend, who may yield me aid and assistance, and this may be done not only without injury to him, but by so doing he might benefit himself. I wish you would think on the subject and see if you cannot be of service to me and at the same time not injure yourself. You are acquainted with my ability to do business and know that I am neither fond of drinking or frolicking: these are some recommendations, to which I dare add that you would find me honest, attentive and grateful. If you were to stock a West India goods of grocery store and give me the charge of it, you would save a large amount in the continual purchases you make for your family. You might add a wood wharf to it which is always sure to do well. If you think an auction of commission store would do better, I would have no objection to pursue any business you might prefer. Perhaps you might wish to have a store on the island and make me useful in attending to your business in the yard. Should you approve of neither of the above, perhaps you would advance me a small amount for a limited time, which, if you found me punctual in repaying, would encourage you to do something more. I would accept an appointment on board of some of your vessels; in short I would do anything to procure employ. In whichever way you might assist me, you could render yourself secure, by having the business done in your name, which would prevent my creditors from troubling me. I only want someone to give me a start and if life and health be spared me, I am not afraid of the result.

I wish you would have the goodness to think of what I have suggested in this letter and see if you cannot assist me and draw upon you the “blessings of those ready to perish.” I have said but a little and in plain words; from what I have said you will however know all I meant on the subject.

A violent head-ache has made me scrawl most miserably; please excuse it. 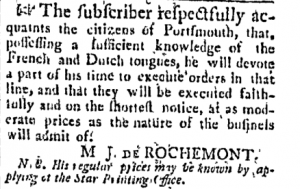 In 1821, in the Portsmouth Directory, Maximillian was listed as a school master with a house on Cabot Street. It is not known as a fact, but in 1860 a wooden school house, the Cabot Street School, was built to replace the original two-story brick school house. This is, perhaps, the school where Maximillian taught. 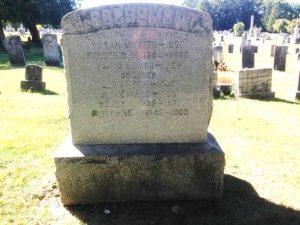 Sometime between 1821 and 1823, Maximillian was sent on business by William Badger to New Orleans. The date on the monument in the Newington Cemetery says he died in 1823, at the age of 42. This is the same year that was given for his death at a family reunion many years later. However, the actual year of his death seems to be 1826, as an extract from the Dover Gazette and Strafford Advertiser, Tuesday 12 December, 1826 reads: “At Boton (sic.) Rouge, Louisiana, Mr. M.J. de Rochemont, formerly of Portsmouth—in coming home from Bayou Sarah, he was attacked by some persons, who inflicted mob law, by horsewhipping and otherwise maltreating him, when in a weakly condition.”

Years later, in the Commemorative Gathering documents, the family stated that Maximillian had been beaten and murdered for his anti-slavery and abolitionist views. This statement has been repeated in published histories since. While we know that Maximillian was beaten to death in New Orleans, to date we haven’t found any evidence of the reason for that beating. Although it may be true that he was killed for his abolitionist views, we aren’t able to say for certain. Maximillian’s widow remained in Portsmouth. In 1834 she was living on Rock Street. She died from liver disease, at her daughter’s house in Chelsea, in 1856.