Who Am I and Why Did I Create This Site?

Welcome! My name is Michelle Dumas, maiden name Laviolette.  I was born, grew up, and still live in the Southern Maine / New Hampshire region of New England, where I have since learned countless of my ancestors have lived going back as many as 12 generations. I had five and possibly six great grandparents come to America on the Mayflower and countless others who were a part of the Great Migration, including many who were colonists on the Winthrop Fleet.

When I look back, I would have to say that I have always been interested in family history. When I was working on my degree in 1994, I researched and wrote a family history of my husband’s  (Jim’s) stepfather’s side of the family as a class assignment. I put a lot of work into it! Sadly, I can’t find the paper I wrote or the detailed tree, and 25+ years later I can’t even remember why I chose that family line or what the assignment was all about. I do know that I was quite proud of the paper and submitted it to a Phi Beta Kappa essay contest, winning a 1st prize $1000 scholarship. 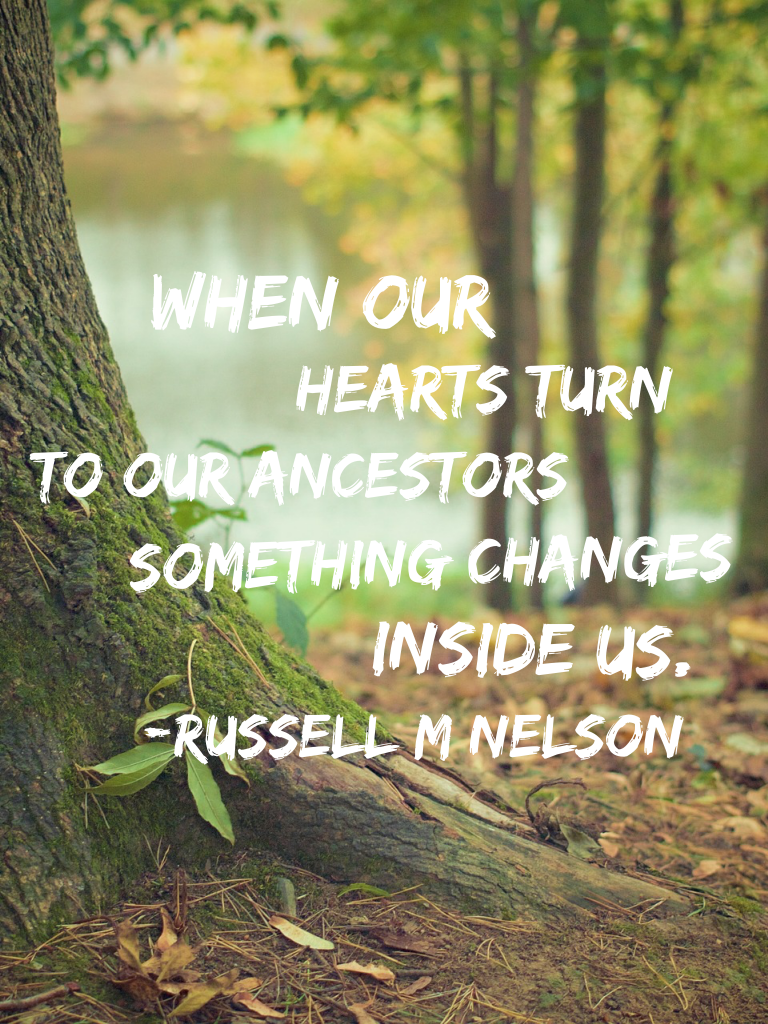 About the same time as I was writing that paper, my grandmother received a copy of a self-published family history compiled and edited by her uncle, Ernest Shorey Tucker Jr.

It was in a binder, and I remember sitting at the kitchen table in my grandparent’s farm flipping through it in fascination. I didn’t really care about the lineage, but I was absolutely captivated by the stories my 2nd uncle Ernest had included. For example, he told me that my 10th great grandfather Cornelius Corson (abt 1652 – 1729):

He was charged on that date with striking his mother-in-law, Hannah Canney Hobbs. A Cornelius Cossen and Joanna Armitage, both married people were found in naked bed together and charged in Suffolk County (Boston) in June 1686. They were ordered to wear signs declaring they were being punished “For Adulterous and Lascivious Behavior to each other” for one hour, and that he was to be whipped with 25 stripes on the naked back and she was to get 20 stripes, or pay 70 pounds each.

Cornelius was listed as a resident lieutenant in Frost’s Garrison in Kittery in 1704. Genealogical dictionaries suggest this was a son of Cornelius, but it may well have been the Cornelius who owned the 23 acre grant at Lower Salmon Falls River just above the Frost Garrison. It would have been very easy for him to get there by canoe (five miles at most). Cornelius’ grant was on the lower, or south side of the present (1987) bridge from Dover to Eliot.

Really, how could I NOT be captivated by stories like that!? And that was just one of many! I think a family historian was truly born as I read through that binder!

It just took me a while to really take  my family historian calling seriously. After all, I had a degree to complete, a family to take care of, and a business to manage. But, shortly after I became an “empty-nester” in 2008, I began to take some some steps to gather family history information.

Still, it wasn’t until 2014 that I really began to take it seriously.

One summer evening in 2014, unable to sleep, I was up late in the evening flipping channels. Randomly, I happened on some re-runs of “Who Do You Think You Are.” I had never seen it before, but stopped on it. For quite some time there had been a “to-do” on my list to “open an account with Ancestry.com.” Before that episode was over, I had pulled out my laptop and subscribed, and began building my family tree. I don’t think I went to bed until 5 am. That summer, I had a lot of late nights like that! 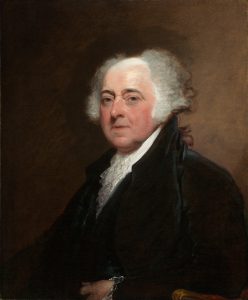 My father had told me that he believed we were related to President John Adams, but he wasn’t sure how and he wasn’t even sure it if was true. That is where I started. I was shocked that first night to find my 3rd great grandmother was an Adams. Sarah Frances Adams (1840 – 1928) and I had never heard of her before. In the coming days I continued my research. I was blown away when I found it! Sarah was of THAT Adams family. President John Adams was my 1st cousin 9X removed, Samuel Adams was my 1st cousin 10X removed , and President John Quincy Adams my 2nd cousin 8x removed.

In 2002, I had read the book John Adams by David McCullough and later watched the mini-series, and in 2003, had even taken my daughter to Massachusetts to the Adams National Historical Park.  As a result of all this, I was a John Adams fan! And I was over-the-top excited to find him in my family tree!

I had barely gotten over the shock of my Adams discovery when I read that John Adams was the descendant of what is known as a gateway ancestor. This is a phrase genealogists use to describe an ancestor whose line has been extensively researched due to interesting connections. With this new information, before the summer was up, through two separate lines I traced that branch of my family to Thomas Dudley, 3rd Governor of the Massachusetts Bay Colony (1576 – 1653) and my 11th great grandfather (through one line, 12th through the other). We are descended from him through his daughter Anne Dudley (first published female American poet) and her husband Simon Bradstreet (2x Governor of Massachusetts Bay Colony) as well as through Thomas’ son the Reverend Samuel Dudley and his wife Elizabeth Smith. 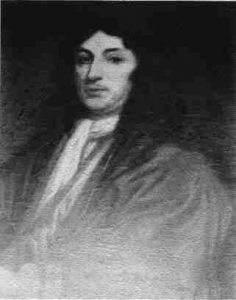 Thomas Dudley is an extraordinary gateway ancestor to have found in our lineage, as it is through him that we are connected directly to English royalty. Entire books have been published by historians who have traced Thomas Dudley’s lineage—his ancestors as well as his descendants.

This was an incredibly exciting find for an amateur genealogist like myself. It means that we are among the small minority of people who can not just trace, but fully document our ancestry back to royalty: King John of England (my 24th great grandfather), then through Henry II (25th GGF), Empress Matilda (26th GGM), and Henry I (27th GGF) to William the Conqueror (28th GGF) born in 1028. The records have been extensively researched and documented. It is captivating! Not only have I been able to find the stories of many of our ancestors, even those who lived more than 1000 years ago, in many cases I have even been able to find portraits of them. Many of the castles in which they lived are still standing.

Needless to say, I was hooked. And since then have found other gateway ancestors on my maternal side, such as Elder William Wentworth (1613 – 1697) my 9th GGF, whose tree also brings us back to English royalty. The same has been true of my husband Jim’s family (through the maternal Gilbert side), through his 8th great grandparents and gateway ancestors Nicholas Leblond (1637 – 1677) of Quebec and Marguerite Leclerc (1640 – 1705). 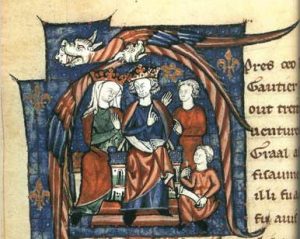 I have considered publishing all my research in printed format, but that limits the availability of it to just select family members. Not to mention, as anyone who has conducted family research can tell you, you are NEVER done. If I printed my research it would be outdated within weeks! This website seemed the best way to provide the information to as broad of a family audience as possible while still continuously updating and fixing errors as I come across them. I am also hoping it might attract people who have information that could help me break through some “brick walls” and might also attract others who have photographs or memorabilia from ancestors, that I can add to this history.

One more thing: please expect errors as you review this site. Researching a genealogy is a never-ending project and it is easy for errors to creep in.  If something doesn’t look right, it probably isn’t. Trust but verify.  Also, please feel free to reach out to me! I would love to collaborate with you or share information with you, and will appreciate knowing about errors you may find.